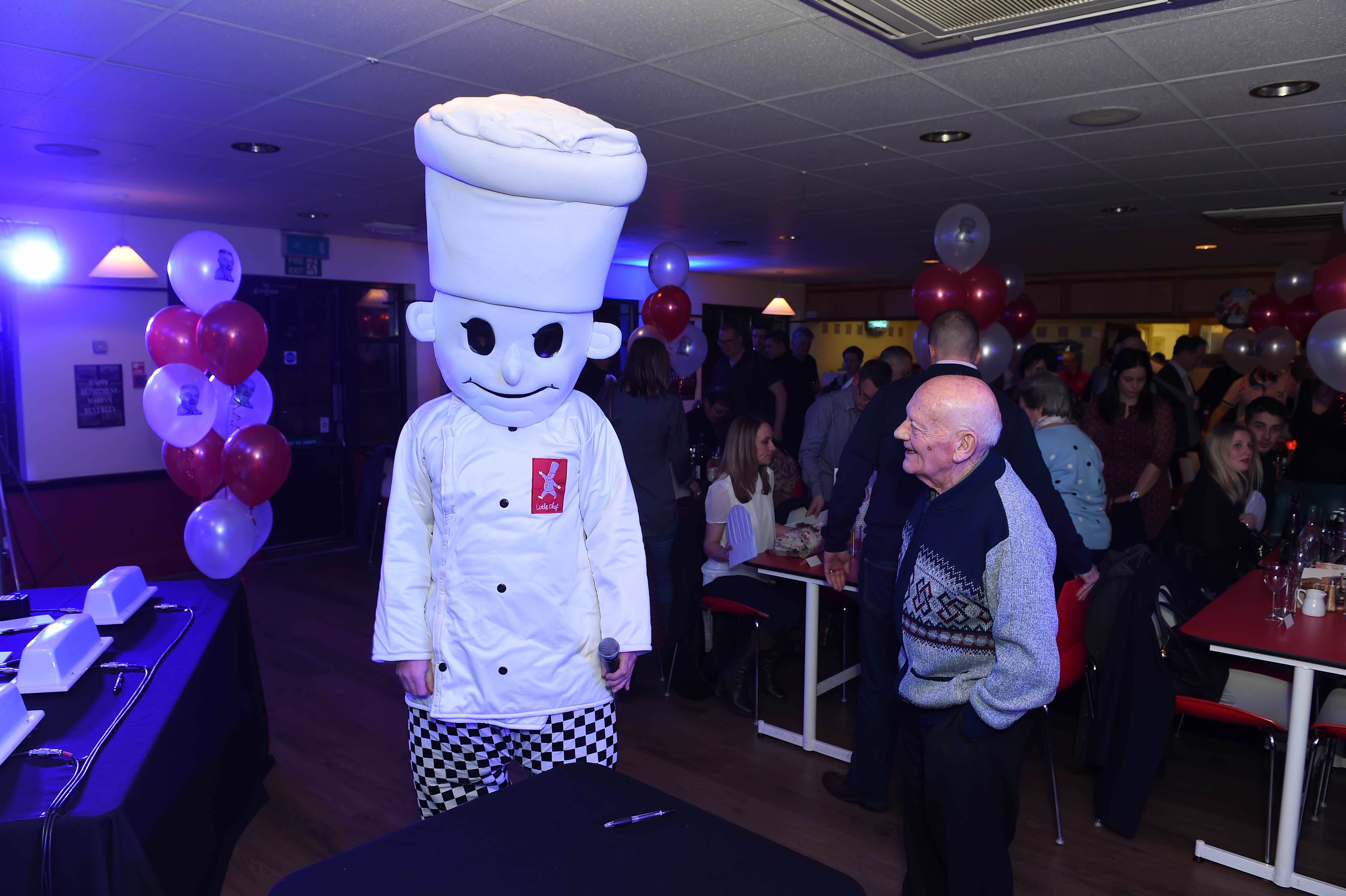 And so it was that a most unusual and innovative venue was chosen for a valued employee the Commercial Vehicle arm of Mercedes Benz Trucks, who always planned his journeys around visiting ‘Little Chef’ restaurants!  On Thursday evening we took over a Suffolk Little Chef; with excellent service from staff and managers brought in from around East Anglia, some superb lighting and sound system to enhance the location, and personalised printed menus. 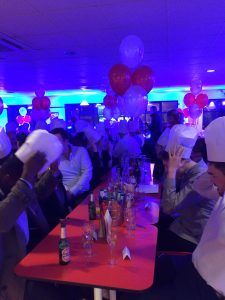 Little Chef hats worn by all! 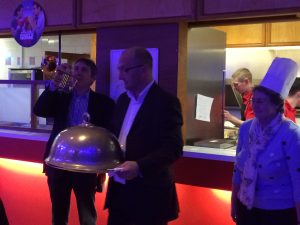 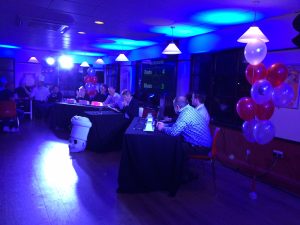 The guest of honour who was retiring and had spent many years taking rest stops at Little Chefs all over the UK, had no idea this celebration had been planned and was totally astonished when he was driven in to the ‘venue’!

Guests were not told either where they were going until the day before so as to keep the surprise a secret.  But, with some ingenuity, we had rephrased the menu so that even when they chose their food in advance they still didn’t guess it was a Little Chef where they would be eating dinner!

To add to the hilarity, an actor posed as a drunken waiter and got more and more outrageous, either being rude, drinking from an open wine bottle, sweeping up under guest’s feet – causing quite a stir – and of course guests wondered, until he revealed himself, if he was one of the regular Little Chef staff! 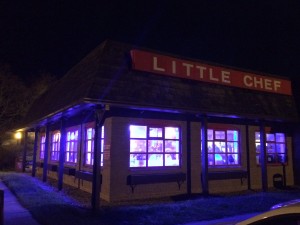 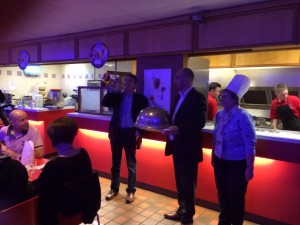 The VIP guest even managed to polish off a triple Olympic breakfast presented under a silver cloche with a live trumpet fanfare!

And following this, there was an team quiz, with buzzers AKA Mastermind, with even a round about Little Chef restaurants.  The evening concluded with an after dinner comedian who brought the house down!  Truly a night to remember!